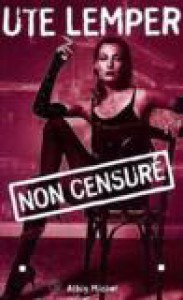 Again, I've decided to post up a few reviews in relation to this idea here:

Until I hear that Goodreads has finally admitted publicly to the changes in their terms of service/reviewing policies (which as they stand are outdated and only current to 2010 'officially'). Sure, they've currently admitted that in future they will be sending notifications out, to let people know that the shelves will be deleted soon, but there is still no public announcement. If you're going to do a change it needs to be in a prominent place otherwise most people will recognise it as unethical, unprofessional and a step on the way towards censorship, despite claims to the contrary.

Am I a reviewer who writes scathing book reviews? Not typically. Do I like some of the bookshelves that people have put up in the past? No, no I do not. But the issue is more that other people are being affected in having their work and shelves deleted. And whatever you think, it's not a good look. So I respectfully disagree with Goodreads on the way they've gone about this and continue to ask that they make a sitewide announcement! Or, would that cause too much harm to the business?

So again, if you do one thing at all in 'protest' - make sure you either let people know about this unannounced change, flag some of these mock reviews and add books like this one to a specific 'against goodreads policy' type shelf.

An update: Surprise, surprise, the criticism reviews were deleted, but, here's the interesting part. Not because they were attacking authors or doing bad things but because they were 'potentially off topic'. That kind of language allows for a big can of worms to be opened, and I'm not sure these worms liked being kept in the can.

What is worse is the suggestion that some of these reviews might start being deleted without any need of a flag. Which suggests that Goodreads is departing down a path of dictatorial control over its site, all without officially announcing it or putting it into their TOS. Which is still, however you want to spin it, unethical.