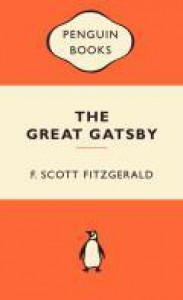 My essay on The Great Gatsby and reification

Why do I love The Great Gatsby?

A lot of people would likely agree with me when I say that F.Scott Fitzgerald's writing here leaves only a little to be desired. The characters themselves seem shallow and empty, lacking in morality and you could take all this into consideration and instantly go: 'well that's a shallow book if ever I've heard of one.' But in my eyes, The Great Gatsby is a scathing social commentary that explores the fruitlessness of pursuing dreams that in reality are nothing more than shadows. To that end The Great Gatsby is a brilliant piece of fiction designed to criticise the lack of morality of the rich and selfish individuals who feed off the work of the poor.

One of me favourite parts in this novel is the depiction of the Valley of Ashes, which ultimately all the characters seem to pass through in the novel whether they are rich or poor. It is a place of equality and reminds me of the idea of the 'Valley of the Shadow of Death' mentioned by the Psalmist, and in the novel itself Wilson relates those giant eyes to the eyes of God, a God who sees all that men do. To me that is such a brilliant image to present to the reader. It is imagery like this that haunts me from this novel and that I remember emphatically.

It is also the language of Fitzgerald's work that draws me in. It may not always be flawless writing but it is vivid and alive, thoughtful writing. It is the language of quotes such as the very opening lines that keep me enthralled by this book:

“In my younger and more vulnerable years my father gave me some advice that I’ve been turning over in my mind ever since.
‘Whenever you feel like criticizing any one,’ he told me, ‘just remember that all the people in this world haven’t had the advantages that you’ve had.’”

Of course The Great Gatsby will always be a polarising text due to its characters and the debate about whether it's really a novel about the American Dream. Is this polarising effect something that perhaps stems from the allure of the book - the way in which the novel hauntingly hints at something greater while remaining so brilliantly flawed? I certainly cannot fully explain my own fascination with the book, save that it does that rare thing that strong literature should do. It should be, as Kafka said, the axe for the frozen sea within us. And for me, that is what this novel is.

'To Dream, to Sleep'

It is often said that The Great Gatsby is purely about the failings of The American Dream. This dream being the idea that any man, woman or child in America regardless of race or upbringing should have the opportunity to reach their fullest potential and better themselves if they work hard and play by the rules. In The Great Gatsby the way in which Gatsby himself becomes the near legendary and wealthy figure of Gatsby mimics the idea of how anyone can attain power and a legacy in American society. Of course, he attains this wealth by possibly illegitimate means, therefore making a mockery of this dream in some regards, not to mention the very ending of the novel (in which his funeral is attended by a mere handful of individuals) in itself mocks this idea. However, to consider The Great Gatsby as merely a tale about The American Dream misses the point entirely.

This is a novel that more seeks to depict a particular era of history and therefore preserve it and as a result features the failed American Dream as a central theme. The marvel of Fitzgerald's work is not in the prose itself, which is in itself marvellously poetic and a touch melodramatic (thereby adding to the sense of the era), but in the descriptions and what the prose hints at. Fitzgerald's writing in this book is as much about what he does not say as as much what he says. His narrator, Nick Carraway, is often described as the perfect example of the reliable narrator because there is no sense that anything is being hidden and yet despite using a reliable narrator Fitzgerald is able to weave language so that by omitting certain descriptions he leaves behind a haunting idea that allows the reader to fill in the gaps themselves as he directs. Think of it as like a painting where the artist has placed red and white close together to give the illusion of a pink blend being formed. This is what Fitzgerald does with his language.

The characters of this novel are in my view, perfect literary creations. They are not characters I would ever want to befriend but they are, in their own particular way, uniquely lifelike. Their dialogue (again, through the way words and ideas are left hanging cleverly by Fitzgerald) grants the illusion that the reader is observing a transcript of real individuals (and it may have been noted elsewhere that Fitzgerald did base some of the characters on real individuals he knew, however do not quote this as truth). Among the characters feature: Nick (the sole likeable character and the narrator), Daisy, Tom, Gatsby, Jordan Baker and Meyer Wolfsheim, all of whom are fascinating characters.

It is interesting that The Great Gatsby has recently been filmed again, and from appearances, filmed as a lavish spectacle of a film. In many regards this ironically misses the entire point of the novel and at the same time serves the novel very well as a vehicle of its themes. In the way that Gatsby himself throws wild luxurious parties, so the film is in itself a vehicle of the spectacular sense of wastefulness inherent in the novel. It is this hedonism, this wastefulness, that I perceive as the real underlying theme of the novel. The American Dream, to my eyes, is a mere side affect of the core idea Fitzgerald attempts to reconcile the reader with - the idea of flawed humanity. Why else would all Fitzgerald's characters be tainted with such particular flaws? Nick himself notes that he believes his flaw to be grounded in honesty, Jordan Baker's is found in dishonesty, Gatsby's flaws are in his profound naivety, Meyer Wolfsheim's flaws are in his sense of indestructible invincibility, Daisy possesses the flaw of being superficial and Tom possesses a narcissistic and supercilious streak to his persona.

"I couldn't forgive him or like him, but I saw that what he had done was, to him, entirely justified. It was all very careless and confused. They were careless people, Tom and Daisy--they smashed up things and creatures and then retreated back to their money or their vast carelessness, or whatever it was that kept them together, and let other people clean up the mess they had made..."

“Gatsby believed in the green light, the orgastic future that year by year recedes before us. It eluded us then, but that’s no matter—tomorrow we will run faster, stretch out our arms farther… . And then one fine morning—
So we beat on, boats against the current, borne back ceaselessly into the past.”

These are some of the most potent words to end any novel. They highlight the sense given by other quotes ("'Can't repeat the past,' he cried incredulously. 'Why of course you can!'") that time eventually catches up to all individuals and that humanity is bound to repeat various cycles or stages of its own history. In this regard perhaps The Great Gatsby could be seen as a pessimist's novel, a novel about the fruitlessness of human endeavour. Yet, to read it as such is to miss the sense of optimism Fitzgerald provides. Yes, he states, yes we do keep trying to push forward into the future believing in our dreams and in those unobtainable ideals. Yes, we do keep falling back into the past, a past we cannot, as Nick states, repeat. A past we cannot repeat and profit from. Our aim, Fitzgerald seems to urge, must be to learn from the past and to not let the current of history sweep us back into old cycles of life.

In many ways the dream of The Great Gatsby is that humanity can learn to wake from dreaming. That humanity can stop being careless and fixated on the unobtainable. Gatsby's dream, Nick notes, "was already behind him, somewhere back in that vast obscurity beyond the city." For Gatsby, in seeking to move onward and to go back to what he once had he forgot what truly lay behind and therefore failed. Because he himself had become one of those many reckless individuals in how he tried to reach his dream.

The Great Gatsby seems to be a keen warning and perhaps it is for this reason that it remains a polarising novel. It is the sheer mystery of it all as we go on reading and learning...