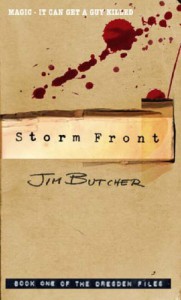 Before writing my own review I browsed a few other reviews about this novel. I found it most interesting how some reviews were full of such venom (not in a humorous ranting way but a pure hate-filled way) and wondered why they felt this way. In some cases the reviewer had simply taken one single little flaw (because to be honest this is a flawed novel) and turned it into a major issue. I seriously don't get why some people do that personally. However I get where they come from and it always interests me when I read different reviews with different flaws pointed out.

For me this was a relatively fast paced and interesting novel about a wizard detective in the modern era fighting off paranormal crime. Sure it was no masterpiece but it was fun and enjoyable for me on the whole. Plus the fact that I could race through it in just over an hour made it worth reading.

In fact as someone who has stated that they dislike Paranormal Novels in general for me to like this shows that it (at least for me) stood above such works as [b:Hounded|9533378|Hounded (Iron Druid Chronicles, #1)|Kevin Hearne|http://d.gr-assets.com/books/1327883998s/9533378.jpg|14419515] which failed to hit the proper tone. I felt this had the correct tone for what it aimed to do.

However I don't know if I'd rush out and read the rest of the books. Firstly I've got too much else to read before University begins (Such as the Complete Sherlock Holmes and Complete Shakespeare) and secondly because it wasn't super compulsive reading. I may in the future pick up the second however, just not now.
Tweet