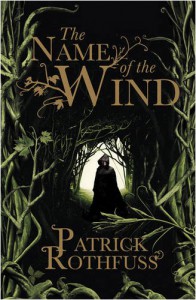 Let me begin this in an unusual manner by noting how some of my opinions on fantasy books and stories in general have changed as of recent. Or rather they have not changed but have been defined and realized. You see I used to not be concerned with a book that seemed like a duplicate of Tolkien. If I liked the story and it was well written then I would enjoy it. Then I came to realize that a lot of fantasy was very similar to Tolkien. So I began to say: well maybe it can't be good. It mustn't be good. But I have re-affirmed lately that a story can still roll along similarly to Tolkien and be enjoyable.

You see the truth, I think, is that there is no such thing as an original story. Well perhaps there is one but it's been lost in the mists of time for us and it's left for a few historians alone to know which story is the first. If there is an original story it's probably the story of humanity and its entire existence. Basically if you break every story down you can find a similar character to another story. I'm sure that if I broke stories down enough I could work out a basic character the same in every story. Although that may be too difficult and may require some loose interpretation. Harry Potter has the character of Dumbledore who's not dissimilar from Gandalf. Gandalf in turn is not dissimilar from the legendary Merlin. Kvothe in this novel is a younger version again of that Merlin character with a few alterations.

So then what makes any story worth reading or watching then? I believe that stories must contain a unique or at least a different mix of the common elements. It must breathe on its own without feeling like 2/3rds Lord of the Rings and one third Narnia. It must stand on its own legs. Perhaps it may stand as 1/4 Lord of the Rings, 1/4 Narnia, 1/4 Harry Potter and 1/4 Arthurian legend, as other people have said of this book, but it must not be dominated by any one story. And it must be well written. If it entertains enough then all the similarities in the world mean nothing. After all you should not forget that Lord of the Rings is in itself drawn from the Norse mythology. Myth and legends and history all intertwined around the story...

So why do I mention this? Simply because as I have suggested The Name of the Wind is again one of those tales which one could say reads like a mixture of older tales. I very much sensed a hint of Tolkien and Arthurian legend personally out of all the novels people have linked this to. However unlike other fantasy novels which 'rip-off' Tolkien this novel was very well-written. I would go so far as to say intelligently written on the same level as [b:Mistborn: The Final Empire|68428|Mistborn The Final Empire (Mistborn, #1)|Brandon Sanderson|http://d.gr-assets.com/books/1312038619s/68428.jpg|66322] and [b:Spellwright|6703145|Spellwright (Spellwright, #1)|Blake Charlton|http://d.gr-assets.com/books/1331914885s/6703145.jpg|6898891].

I had already briefly read this novel and dismissed it as another cobbled together story, rushing it when exams were foremost on my mind. However after delving more deeply into this tale I see the value of it as entertainment. It also has deeper qualities beyond entertainment with some metafictional characteristics that are normally avoided in common pulp fantasy.

There are the usual fantasy tropes and archetypes plotted around two different stories in this novel. One of which is the older Kvothe living under the assumed name of Kote as an innkeeper. The other is the tale of the young Kvothe, told to the reader by Kote. In many ways this is similar to what T.H. White does in [b:The Once and Future King|43545|The Once and Future King (The Once and Future King, #1-4)|T.H. White|http://d.gr-assets.com/books/1338741283s/43545.jpg|1140206] with Patrick Rothfuss revealing how the childhood of a legendary character transforms him gradually into a legend. However Rothfuss writes with more passion than the aforementioned White, spinning his tale in a more lush and vibrant way.

There were plenty of suspenseful elements, a touch of adventure, a reasonable amount of loss and a nice spoonful of wit. The verbal jousting of the younger Kvothe was very entertaining again written better than many other writers in this genre or any other genre. There was also throughout the retelling multiple legends and myths from within Rothfuss's imagined world which reminded me of the style of Tolkien. However this is no Tolkien clone but rather a story that stands on its own legs. This world bears its own mythology and many of those revealed touched on the past and on the religion of this world and were very entertaining.

However this book had some weak points such as finishing weakly and dragging slightly about two thirds into the book. Despite this it was on the whole for me a very good debut yet not as interesting to me as say Brandon Sanderson's [b:Elantris|68427|Elantris|Brandon Sanderson|http://d.gr-assets.com/books/1316637512s/68427.jpg|2908871].

A good story will sell itself without the salesmanship or hype of the crowd. This is one of those stories that did not become a success through a sudden rush of hype as say [b:The Hunger Games|2767052|The Hunger Games (The Hunger Games, #1)|Suzanne Collins|http://d.gr-assets.com/books/1337857402s/2767052.jpg|2792775]. Rather gradual word of mouth and the power of this book led to its popularity increasing. Many incredibly popular books have been revealed as trash, however I believe this is not one of them. I will recommend you read this and make your own decision about whether it is simply too derivative and nothing new, however. Or whether it is a well-written story worth enjoying.

I personally have decided it is very much worth enjoying and will the sequel. There are few higher honours for a series than that it makes a reader want to keep reading.

The sequel was not quite so good, if the third book is decent it will make everything more complete for me. Then of course no doubt there is going to be another sequel trilogy tying into this. I will have to add this to my collection one day...
Tweet