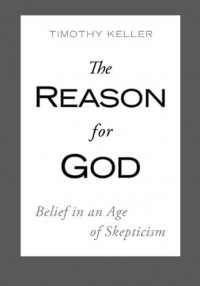 This non-fiction work by Timothy Keller, a noted pastor, was required reading for my last year of schooling. At my school Christian Education was compulsory and even despite my beliefs I found it a drag since most of what was discussed I already knew a lot about and was repetition. This book and the surrounding discussion was a cut above everything else we were looking at. This is because rather than merely looking at the Bible itself we looked at other belief systems and at apologetics, something which has always interested me since I read some of the other works of C.S. Lewis. In order to ground ones beliefs I see that it is important to understand to a degree other beliefs. And in fact since reading this book I went on and read [b:The Case for Faith: A Journalist Investigates the Toughest Objections to Christianity|214332|The Case for Faith A Journalist Investigates the Toughest Objections to Christianity|Lee Strobel|http://d.gr-assets.com/books/1296487661s/214332.jpg|14654173], a more philosophical look at apologetics and one I found interesting.

In this book itself Timothy Keller brings up the main points of contention and doubts of people he has met. He looks at the existence of pain, the challenge of science and belief, evil, hell and many others I can't quite remember. I may not agree with everything that Keller states but I do like his approach to writing and discussing belief. Rather than attacking and stating 'you're wrong' he takes time to work through the whys and hows of belief.

I admit that Keller does not look at these subjects as convincingly as some philosophers and theologians I have seen. However his writing style and arguments are relaxed, easy to read and draw in many cultural and literary figures, utilising the ideas of other authorities outside of Christian circles.

I love the title Keller chooses to use for his book. I do feel that we live in an increasingly sceptical age, an age where nothing is sacrosanct and everything is up for questioning. I accept that questions are necessary for growth and development, I believe that there are many elements of life which are 'set in stone'.

I also question the mentality in which we as humans today have 'evolved' and 'know better' than in centuries past. I don't see that. If anything we are just as failed a group of people as years ago. Our advances in technology give us greater ways in which to fail. Think about the numbers of people addicted to internet gambling or drugs or relationship hopping. I state that we are just as messed up as we were years ago, just in different ways. It seems to be the mentality these days though that 'God is dead' and instead we become the gods ourselves. I hear so many matter-of-fact statements about 'our bodies are our own' and 'we have the right to choose when to die or live' but in this age of questioning I hear few people questioning the validity of those statements. Either way I shall stop this rambling on and cut to the conclusion of my review.

This is a book written not just for those who don't believe or for Christians who want to challenge other people's beliefs like so many other books around. It is not a book that claims to have the answers to make people believe like some books ridiculously claim. It is a book that invites discussion about beliefs. It is a book for those who have doubts about what they believe in regards to the Church and God as well as those who are interested in knowing what Christianity true claims are. As an honest, thought provoking book that invites people to look at their doubts I enjoyed this book a lot and certainly want to get a copy. In an age where few people want to have honest discussions about belief, preferring to forcefully express what is a correct opinion, this is a book that I respect for its honesty.
Tweet