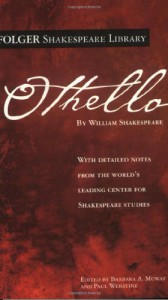 In my opinion, Othello focuses upon one of Shakespeare's great literary devices. The misunderstandings between characters fuel this intelligent plot and provide grounds for Shakespeare to tantalize his audience. We the reader (or the viewer) recognise that of course Desdemona is innocent and that Iago is the mischief maker in the plot. And so to build suspense Shakespeare dangles this information tantalisingly in front of our very noses.

The one problem I have with Othello is the nature of its characters. It was easy enough to see from a glance that Othello did not truly love Desdemona. If he did then why did he rush to convict her of being unfaithful to him? Particularly when the only evidence he possessed was not solid but rather based on the account of one man: Iago. Because he rushed into marriage it is my belief that Shakespeare intended to reveal that rather than being in love Othello felt only desire for Desdemona. Rather than being a typical hero Othello was, rather, revealed as a man caught by lust and passion. He didn't love the character of his wife but rather her body and what she was to him. I found this element of the play unsavoury and found the lack of any true heroes frustrating.

Iago was, however a brilliant villain and like the rest of the characters well devised. He acted like a serpent to bring mischief and cause misery. This I find is the manner of all Shakespeare's best villains. And despite my misgivings about the text the clever construction and wordplay make this a worthwhile Shakespearian play.

Note: And since I now have a 1892 copy of the entire works of Shakespeare I may in the future finally continue where I left off after this volume, progressing through all of Shakespeare's plays that are known.
Tweet