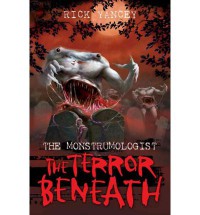 I liked the concept of this novel but liked the novel itself less than I thought I would. Perhaps it was the style of the novel's narrative which didn't appeal to me and didn't convey the carnage as well as I thought it might.

For one thing the novel seemed to delight in pulling as many moral strings as possible. And I ask you is it right to give older young adults an amoral type of hero? One who doesn't care that people die because he fails to reveal the truth and then believes himself clean of any crime? Is it right to paint Jack the Ripper as a kind of anti-hero turns villain character? I struggled with the introduction of such concepts and characters and while I half enjoyed the tale I didn't enjoy it to its full capacity.

I'm not averse in any way (as you can no doubt see by how bizarrely eclectically diversely I read) to YA novels yet this one did not quite hit the mark. I think in the end that the idea of a YA novel like this featuring so much carnage for carnage's sake turned me away. I am not averse to violence or swearing in books (even though I may have presented such an image) I just think that there needs to be a place for everything. Violence for the sake of violence is unattractive to me as any swearing for the sake of swearing also is (the same extends to other such issues I may have with books or films). I believe that any work of fiction should have a point to all its excesses. Either to: build the characters and worlds; create the proper tone; or to teach a lesson. I don't know if this work's violence did that.

Either way it is a book I read and enjoyed to some extent and for that I remember it. Rick Yancey definitely has a way with words (if perhaps not characterisation) and he knew how to draw me in enough to read this book. If you want to read a YA featuring monsters that kill then read this.
Tweet