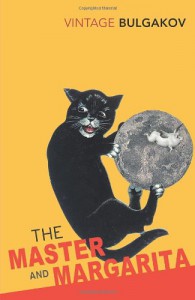 There's no denying that The Master and Margarita is a classic and one of the several Russian (and particularly Soviet) novels that must be read. However, it is difficult to become enamoured with a novel that throws so many different and conflicting ideas into one plot line.

The Master and Margarita is widely considered Mikhail Bulgakov's Magnum Opus and since few have heard of his other books it seems a fair statement for the literary critic to make. As a lasting legacy of Bulgakov's work it is a fascinating and highly readable novel, in fact a page-turner despite the complexity of its ideas.

Many consider this the novel that began the magical-realism genre or subgenre. However to say as such is to ignore that in the years before this novel many novels of 'magical realism' did exist. They simply were not ascribed a genre and existed purely as high literary art. It appears that the high profile of this particular novel is what grants it that particular status as a progenitor of a new area of fiction.

The plot of Bulgakov's masterpiece is hard to properly describe due to the comic and bizarre nature of it. Not to mention that the novel routinely slips into phases of surrealism. To describe it most aptly would be to state that it is a novel about the divide between good and evil marked by the arrival of the devil incarnate in Russia. He, along with several minor demons cause chaos to be unleashed before leaving and granting several individuals the wishes of their selfish desires.

Bulgakov's devil, however, is not the typical idea as understood by Western society. His devil is suave, charming and a granter of the wishes of human pride or selfishness. Many commentators have pointed out that he is not the Satan of the Bible yet one could make the claim that there is plenty of similarities nonetheless. Perhaps he appears more powerful than the Satan in the Bible yet there is a level of similarity into how he charms his way into being accepted by the people, distorting the truth with stories that reminds one of the temptation of Jesus in the wilderness.

The demons accompanying this version of Satan are comic or brutal characters, their actions the actions of forces of chaos. Indeed, one could argue that perhaps Bulgakov truly understands evil when compared to the Western ideas that have clouded the Christian understanding of spirituality and evil as a demonic presence. Bulgakov appears to understand evil in its most sinister and insidious form, the form where it creeps upon the individual and worms its way into being accepted. The form of evil which spreads anarchy and leads to men like Mao, Hitler or Stalin being accepted by the general populace.

Bulgakov's most quoted line is "Manuscripts don't burn." Within this story are hints of metafiction with a nested narrative inside the tale of the devil and the two illicit lovers. This narrative is a fictionalised version of the 'real' Jesus. Yet since this narrative is conveyed through the devil one gets the sense that it is a lie concocted upon the truth. It appears that Bulgakov's devil understands that truth does not ever truly die out and therefore in order to spread a falsehood one must instead alter pre-existing narratives. In other words creating a plausible story to overlie and existing narrative truth. Or in the case of Jesus creating another tale to inform the reader that Jesus was a simple man (what better thing would any devil want to convince the reader of?).

Yet, for all its literary brilliance and readability, The Master and Margarita appears to be a case of too many ideas mixed together. This creates a cluttered narrative at times and prevents the reader from truly grasping the key ideas of the tale about good versus evil and the nature of fiction. Yet it must be understood as a must read novel and a fine and challenging work of art.
Tweet